Harold Hartman July 5, 2022 Cults Comments Off on The cult of the lamb is the only cult you won’t want to leave 7 Views 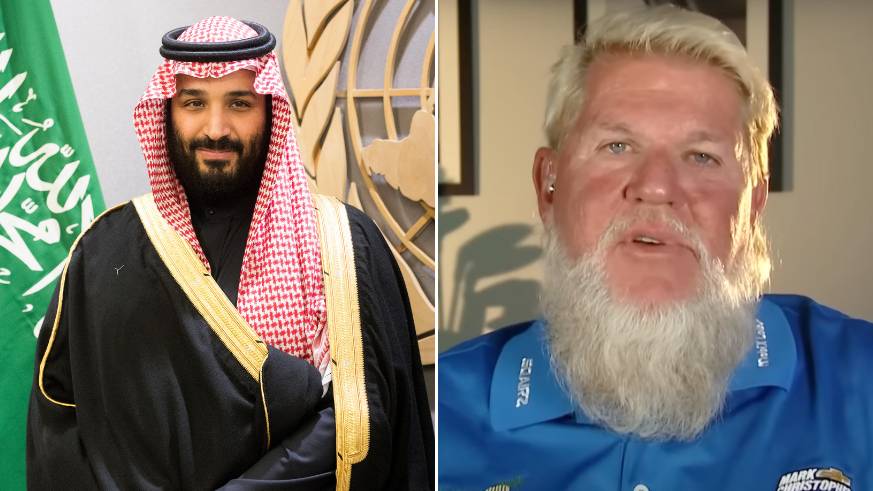 Cults generally have a bad reputation, and for good reason – so few have any real staying power. After all, most cults are just cash grabs by charismatic sociopaths, and none of them have any real divinity behind them. That is, until Worship of the Lamb. This adorable little lamb doesn’t just have charisma, he also has a god by his side! Of course, said deity is a weird cat demon trying to get out of their celestial confinement, but they still have real power. A lot. So it’s okay for them to give you a small part so you can do their good job and maybe help pave the way for their eventual release. 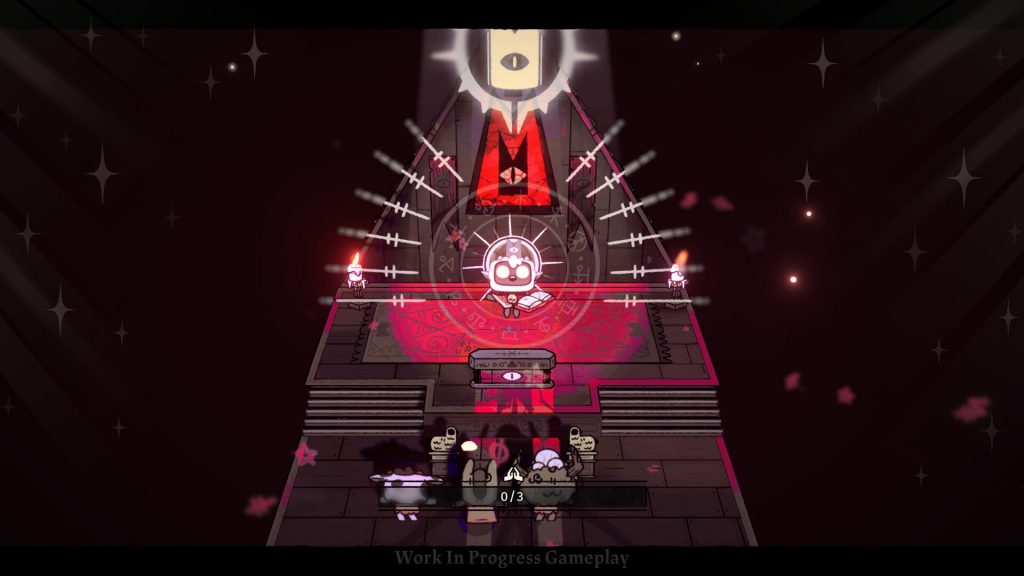 As someone who has been a fan of Worship of the Lamb Pretty much since the first insane trailer, I’ve been happy to do this not once, but twice! This demo is much longer than the first and lasted me about an hour and a half. Even better, it expanded on the limited features included in the first demo and showed me much more about what it means to be a cult leader. Because in Worship of the Lambyou can benefit from your followers, but you also depend on them in a very real way. 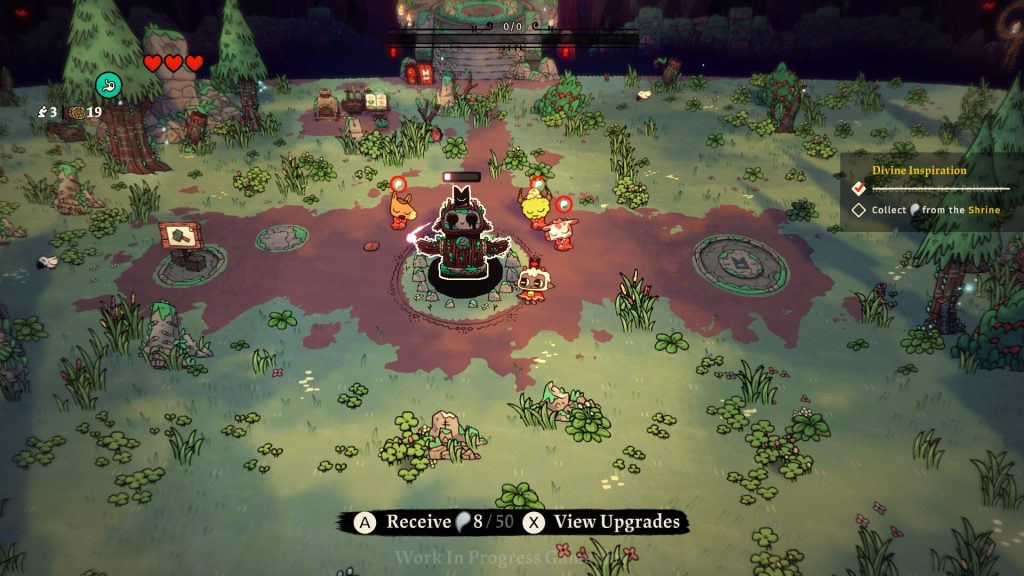 Here I learned more than just asking my followers to chop wood and mine for rocks. I also taught them the value of worship and learned how to bless them in order to brighten their days. Adoration is the key to the game, and the more you get, the more your little lamb is able to accomplish. Not only does this unlock more buildings and structures that you can develop, but leveling up your followers also rewards you with key items and makes their daily devotion more fruitful. 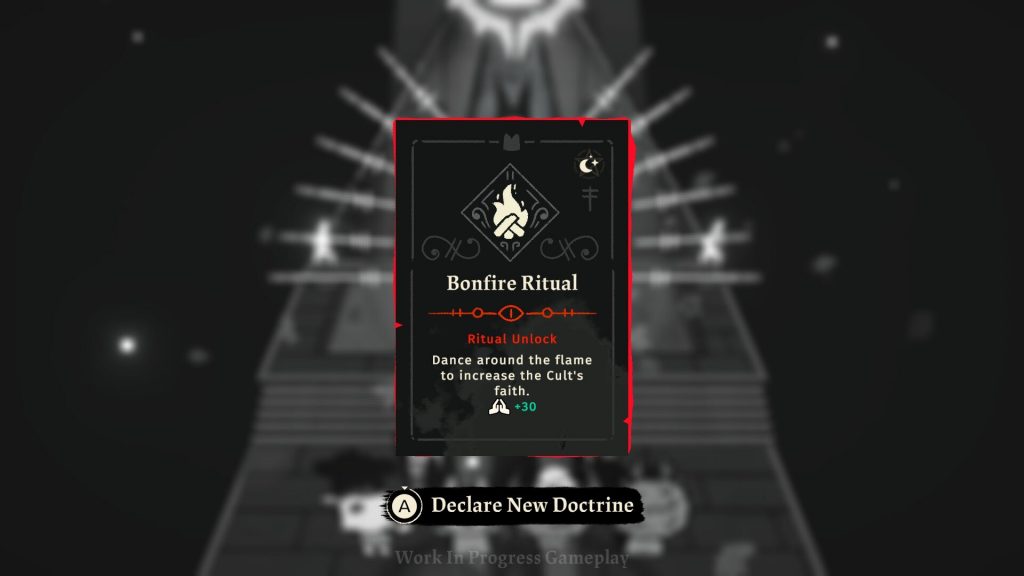 But wait, there’s more! The last demo also dealt with rituals and doctrines. Rituals are special ceremonies you can perform, but only once you’ve gathered a key resource: the Bones of Miscreants. Luckily, there are plenty of those who worship Old Gods instead of yours, so all you have to do is smash their corpses into pieces once you kill them. Doctrines are also special functions that can only be performed once you have a full stone tablet, consisting of three pieces. It lets you do practical things like decree that your followers must fast, but in turn, they won’t suffer any ill effects for a period of time. 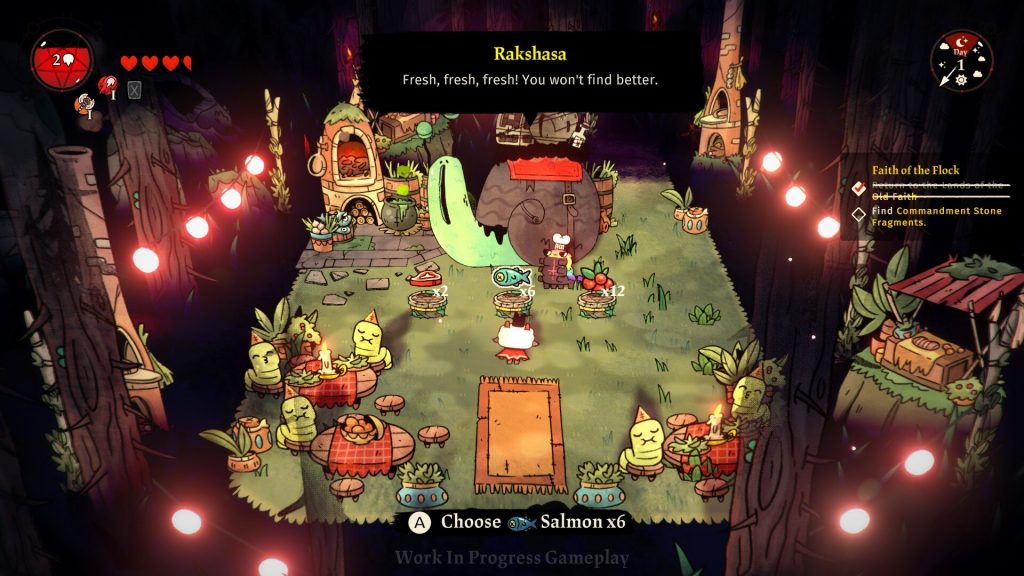 Speaking of which, it’s important to keep your followers healthy and happy or else they’ll rebel. You need to help them find accommodation, clean up after them, and more to succeed. Which might sound irritating, but the whole game is made up of little tasks like this, and I honestly didn’t mind because it was so easy to redirect my follower’s actions and react accordingly. Honestly, one of the few things the demo didn’t explain to my satisfaction was if there was a way to speed up the day/night cycle, since some activities can only be done once per day, and I couldn’t figure out how to speed up the clock. 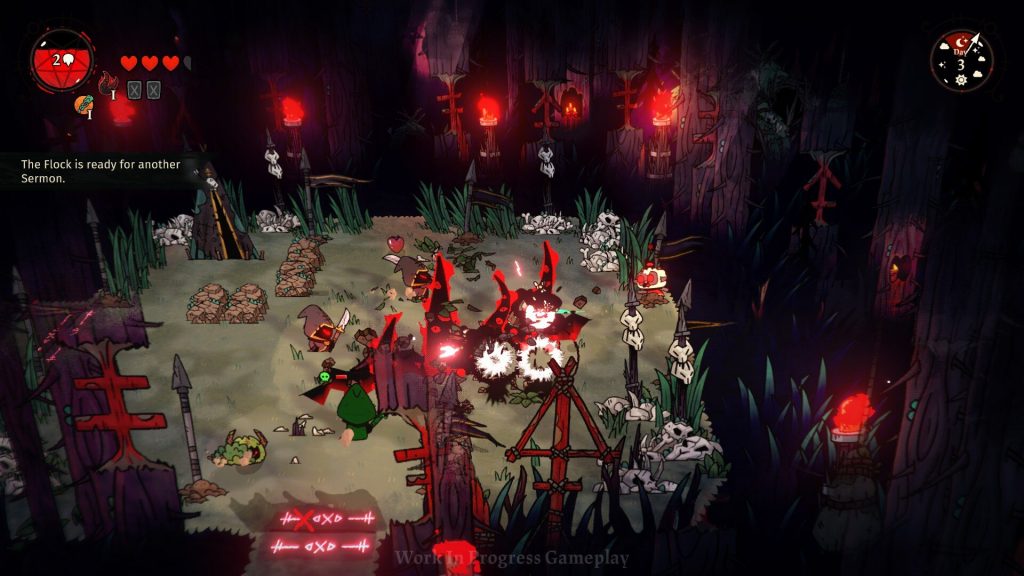 One of my favorite things about the last Worship of the Lamb demo was that it allowed me to do a lot more dungeon diving. There are several verminous mini-bosses to face this time around, and each represents a new type of threat. Then at the very end, you fight one of the bishops themselves, and this fight managed to incorporate elements found in each of the mini-boss battles before it. I like the speed and precision of the combat here, and it definitely reminds me favorably The Binding of Isaac. So do things like tarot cards imbuing me with temporary blessings and the abundant choice of new weapons in dungeons. I also loved the Bane effect, which added poison damage to my attacks. 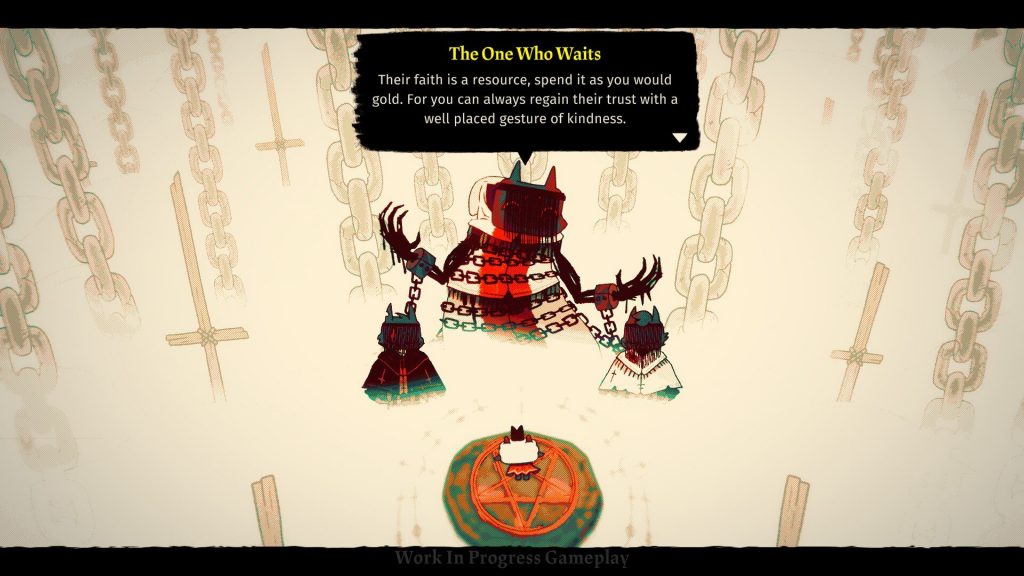 The optional mini-games in this demo were also interesting. I only spent time with one of them, the dice mini-game, but I found it really engrossing. You roll the dice and use duplicate numbers to cancel your opponent’s dice in the same column, while trying to earn the most points. There was also a fishing mini-game, but by the time I unlocked it, the demo was basically at an end point. That and I don’t usually spend much time with fishing minigames, though I’m sure I’ll learn to love it in the final version. 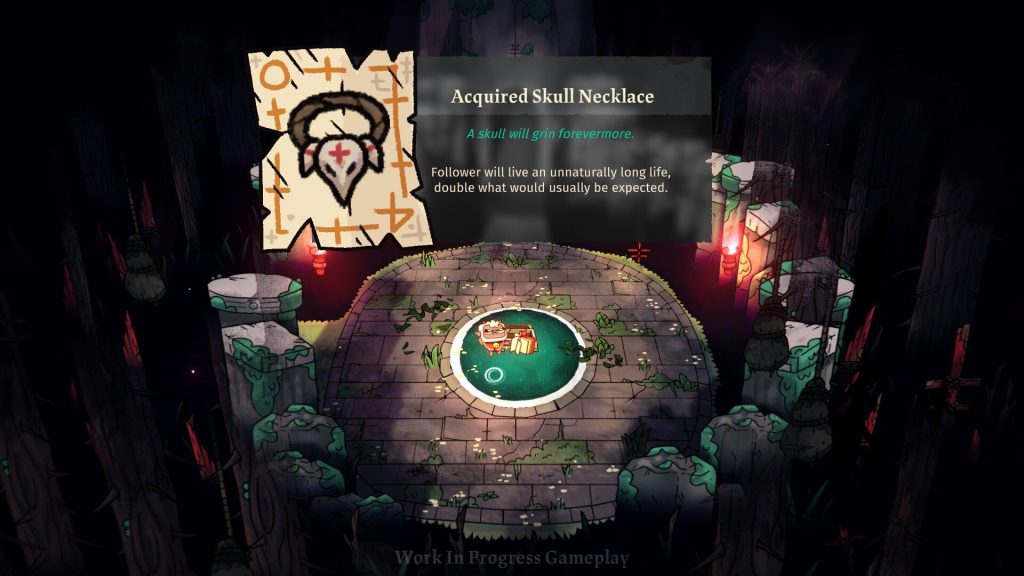 It bears repeating how amazing Massive Monster’s artwork looks in the game. It’s an amazing mix of cute and disturbing horror, and it works amazingly well. Also worth mentioning is the amazing music and sound effects, which add a lot to the whole experience. Honestly I can recommend Worship of the Lamb just based on this category alone, although the actual gameplay is also quite addictive. 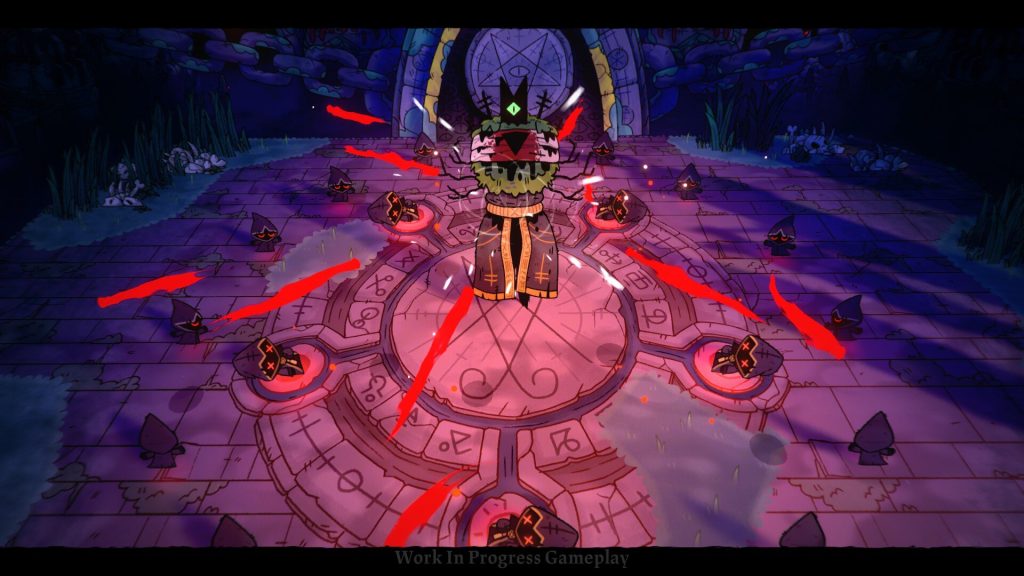 Even though I only spent a few hours between demos with Worship of the Lamb, I’m very happy with it so far, and I think fans of rogue genres will love it. Dungeon runs only took 10-15 minutes and were well balanced and full of danger. While the Cult Management elements aren’t my forte, they’re also well-organized and fairly easy to learn. And judging from the UI and menus I’ve seen so far, there’s a ton of additional replay value in the final game. So if you are a fan of twisted and cute adventures be sure to check it out Worship of the Lamb out in August. And stay tuned to HPP for my next full review of the latest from Devolver Digital and Massive Monster! 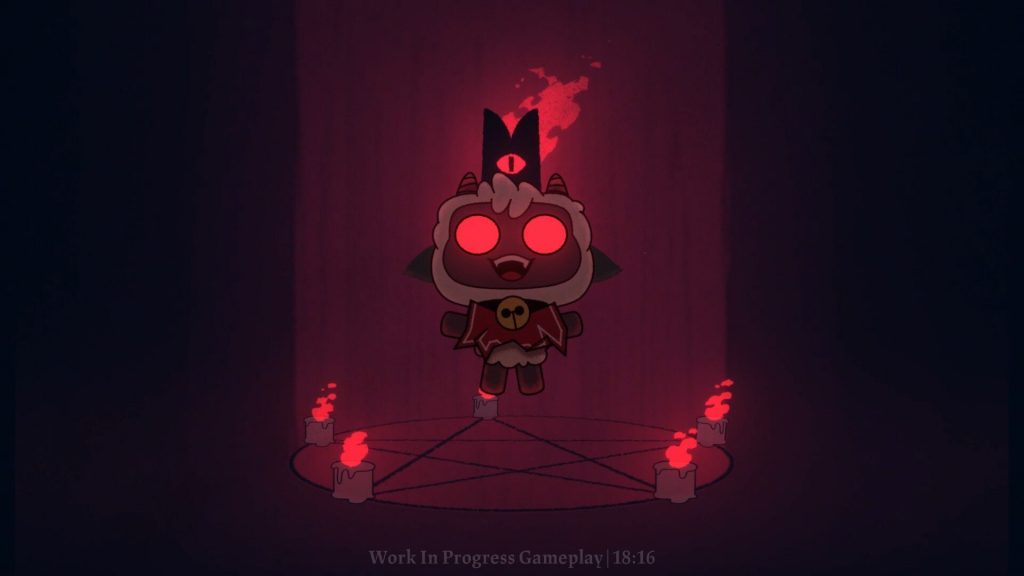 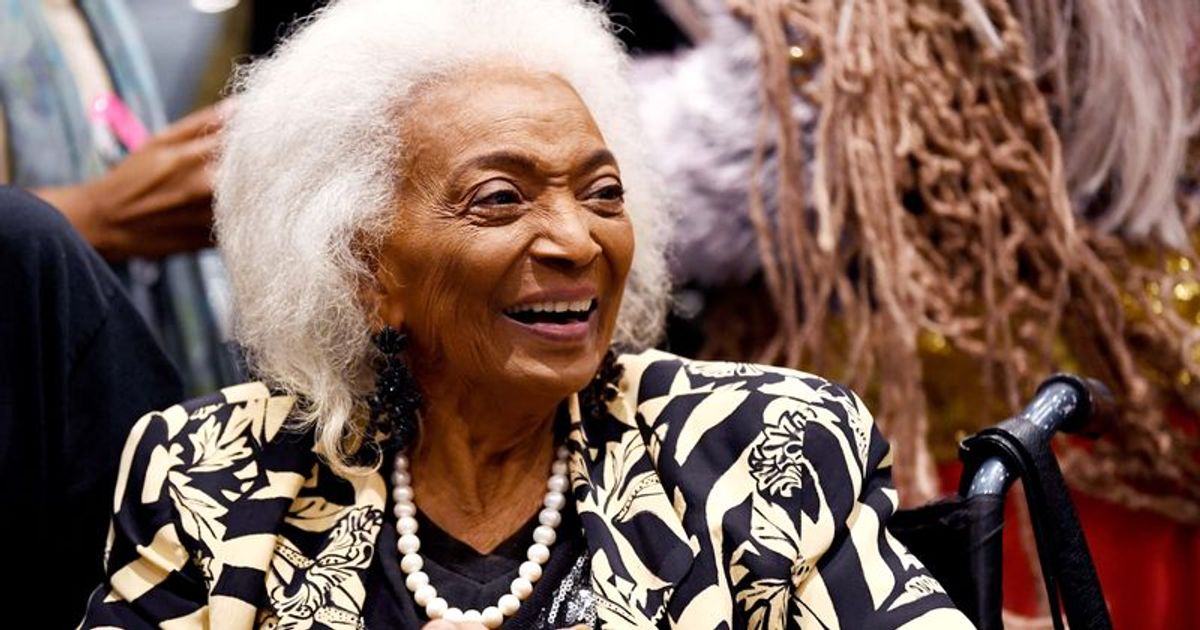