Mahamati, Mahatma and the Syncretism of Pranamis, an Unrecognized Chapter in Gandhi’s Life

Harold Hartman October 2, 2022 Sects Comments Off on Mahamati, Mahatma and the Syncretism of Pranamis, an Unrecognized Chapter in Gandhi’s Life 9 Views

“As you can see, my city is a maritime city. Always full of Hindus, Muslims, Sikhs, Jews, Persians. My family sect was the Pranami. Hindu, of course. But in our temple, the priest used to read the Muslim Quran and the Hindu Gita, switching back and forth as if it didn’t matter which book was read as long as God was worshipped,” Gandhi said, superbly performed by Ben Kingsley. , in the 1982 film Gandhi by Richard Attenborough.

Much has been written about Gandhi’s childhood and we all know his favorite bhajan, ‘Vaishnava Jan To’, written by Gujarati poet Narsinh Mehta. But very little is written about the influence of the Pranami sect and its philosophy of syncretism on Gandhi during his childhood.

Gandhi was born into a Bania caste, which traditionally follows the Vaishnava sect of Hinduism. Gandhi’s mother, Putlibai, was from the village of Dantrana. She was a follower of the Pranami sect. Gandhi in his childhood, accompanying his mother, had often visited the Pranami temple near his home in Porbandar. “The striking impression that my mother left in my memory is that of holiness. She was deeply religious,” wrote Gandhi in the first chapter of his autobiography.

Contrary to this, Gandhi was not particularly inclined to the Vaishnava faith. In the tenth chapter – “Glimpses of Religion” – of his autobiography, he writes,

“Being born into the Vaishnava faith, I often had to go to the Haveli (Vaishnava place of worship). But it never appealed to me. I didn’t like its glitter and pomp. I also heard rumors about the immorality practiced there and lost interest in it. Therefore, I could gain nothing from the Haveli.

Ramachandra Guha, in his book Gandhi before India, wrote: “Mohandas’ mother introduced him to the mysteries – and beauties – of faith. Putlibai was pious, but not dogmatic. Born and raised as a Vaishnavite, she became attracted to a sect called the Pranamis, who incorporated elements of Islam into their worship. He adds:

“The founder of the sect was a Kshatriya named Prannath who lived in Kathiawar in the 18th century. He traveled extensively and may even have visited Mecca. The Pranami temple of Porbandar that Putlibai frequented had no icons, no images: only writing on the wall, deriving from Hindu scriptures and the Koran. Putlibai’s ecumenism extended even further, as among the regular visitors to his house were Jain monks.

I visited the same Pranami temple in Porbandar in 2019. It was difficult to locate, despite its proximity to Gandhi’s home – Kirti Mandir. A local resident and historian, Narottam Palan, helped me find the place.

The temple is located in a very narrow lane where only one motorbike can pass at a time. It is on the first floor of the building. I immediately realized that the temple had been renovated and had no sign of its past.

As Guha mentioned, the temple has no idols. In the Pranami sect, idol worship is not practiced; instead, a holy sect book, Kuljam Swaroop, is kept at the place of worship.

Prannath alias Mahamati (1618-1694), the central figure of the Pranami sect, was born in Navanagar (now Jamnagar) to a wealthy Thakur family. His original name was Mehraj Thakur. Like Nanak, he traveled for a long time in Arabia, Persia and what is now Iraq, studying the Quran and other Islamic scriptures.

Kuljam Swaroop was dictated by Pranath Swami; the words continued to flow for years, the devotees standing there writing them down exactly as they heard them. The first compilation of its total 18,758 verses was prepared in three years from 1692 to 1694 AD. It is mainly in Hindustani, which was the most widely spoken language, in addition to Gujarati, Sindhi, Persian and Arabic.

However, the entire scripture has been transcribed and is currently available in Devanagari script. In addition to the use of Hindu scriptural terminology, it also contains many references and use of non-Hindu scriptural terminology from various other religions, including Islam. No changes have been made by the compilers or authorized by anyone, either in its material content or in its original verse style. It was then consecrated after Swami left this world in 1694.

Mahatma Gandhi was born precisely 175 years after Mahamati passed away. The two men have many similarities. For example, both were born into wealthy Kathiawari families, and Mahamati’s father, Keshavrai Thakur, was Diwan of Navanagar State, while Mahatma’s father, Karamchand Gandhi, was Diwan of Porbandar. Both were imprisoned during their lifetime and wrote extensively while in prison, and also attracted followers from all walks of life, young and old, regardless of their religious beliefs. 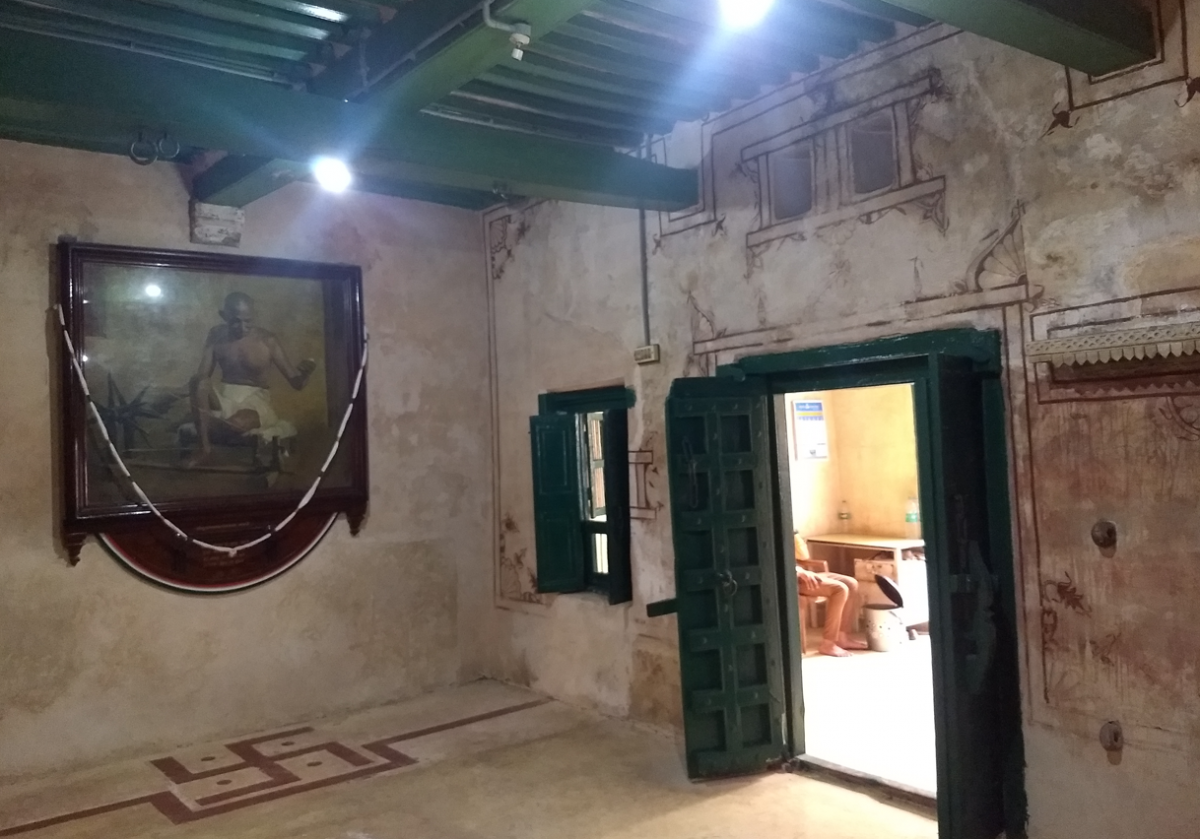 Mahamati had even sent 12 of his followers – Hindus and Muslims – to the Red Fort to meet Mughal Emperor Aurangzeb and explained to him the true interpretation of the Quran and its message of religious tolerance.

In his article “Brotherhood and Divine Bonds in the Krishna Pranami Sect”, Gerard Toffin provides a detailed account of the beginning of Pranami. He writes: “It was with the blessing of Prannath that his devotee King Bundela Chhatrasal fought against the Islamic domination of Aurangzeb. Chhatrasal raised a mighty army with the accumulated wealth from a diamond mine revealed to him by his guru. In 1671 he occupied a large province, south of the Yamuna River. Helped by the Marathas, this Hindu king conquered all of Bundelkhand, where he would have established an ideal kingdom in which Hindus and Muslims lived as brothers.

Chhatrasal built a marvelous temple in Panna in memory of his guru Mahamati. It is a very important place of worship for the followers of the Pranami sect. Mahamati and Gandhi were, without a doubt, the champions of secular values. They spared no effort to awaken people against religious and caste fanaticism during their lifetime. It is unfortunate that Mahamati’s teachings are little known and have received insufficient attention outside the Pranami sect. Mahamati’s historic connection to Gandhi is largely forgotten in the pages of history.

Mehul Devkala is an award-winning poet and filmmaker. His short film Kaun Se Bapu is based on Mahatma Gandhi.