The Hamas regime in Gaza has reportedly opened an investigation into the participation of several dozen local paramedics in a yoga session sponsored by the Indian embassy.

Paramedics were invited to the event after the last Gaza war in May to help them recover from the trauma of that conflict. It was organized by the Positive Energy Club, an organization created in 2019 by young people from Gaza, in coordination with the Indian Embassy in Ramallah.

The Hamas-led Gaza health ministry was immediately critical and insisted that it already had methods in place to help medical staff cope with trauma without turning to what they needed. considers it a foreign religion.

“We have been subjected to severe criticism from the Ministry of Health and social media activists, who accused us of performing prohibited Buddhist rituals,” said Naseem Hassan, a paramedic who attended the event. , told Al-Monitor.

“The Ministry of Health has opened an investigation into the participation of ambulance personnel in the event,” he added.

Yoga is widely discouraged in Muslim culture given its connection to both Hinduism and Buddhism. In fact, it is one of the six philosophical pillars of the Hindu religion and was first exported to the West at the end of the 19th century by Indian monks and gurus.

Awad Abdel-Bari, the director of Al-Istiqlal Sports Academy and the yoga instructor who gave the aforementioned session to paramedics in Gaza, insisted in remarks to Al-Monitor that he and other Gazans “practice yoga as a sport, not as a religion.”

Many young Arabs in the Muslim world would agree with this sentiment. Even the notoriously conservative Saudi Arabia recently lifted its yoga ban and recognized the practice as a legitimate sport.

Yet most of the older generation considers yoga to be haram, the Arabic word for “forbidden”.

Several years ago, one of India’s leading Muslim organizations, the All India Muslim Personal Law Board, criticized the New Delhi government for making yoga compulsory in Indian public schools.

The group noted that many yoga routines, and in particular the Surya namaskar, are rituals designed to honor and praise the gods of the Hindu pantheon, and are therefore inappropriate for Muslims. the Surya namaskar was originally intended as an act of daily worship to the sun god Surya. 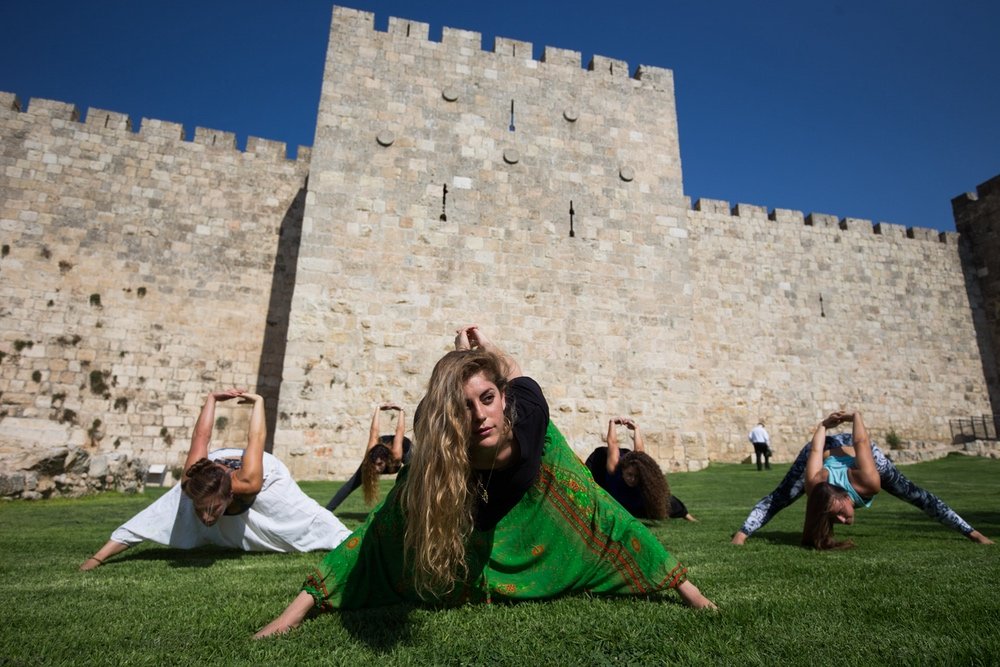 Yoga has never been so popular in the Holy Land. But some fear that this has opened the door to idolatry.

In Israel, yoga enjoys great popularity even among many traditional and religious Jews. This was undoubtedly fueled by the Israelis’ penchant for travel east after their compulsory military service.

In religious communities where it can be found, yoga is taught and practiced in the absence of any Hindu or Buddhist religious element. This is not always the case in more secular places like Tel Aviv.

But even removing the explicitly spiritual aspects of yoga, it seems odd that Israelis are embracing it so openly given their typical aversion to yoga. avoda zara – “foreign worship” or “idolatry”.

As famous Lubavitcher Rabbi Menachem Mendel Schneerson determined many years ago the problem was not with the particular movements involved in yoga, which can indeed be therapeutic. The problem is the religious association tied to the word “yoga”, not to mention the chanting and meditation that many in the West have adopted with it.

After all, why import any aspect of a foreign religion when there are plenty of other ways to practice? Heck, you can even still do all the stretching but don’t refer to what you’re doing using a Hindu religious term. It is as if a Jew takes a bath and calls it a baptism.

Previous Obituary: Stuart Damon, star of cult classic The Champions and America’s best soap
Next You can say “jir” on the radio, the advertising regulator’s rules – and religious rules don’t apply in South Africa