Can we have appointed Choeluk MPs? .:. Tibetan Sun 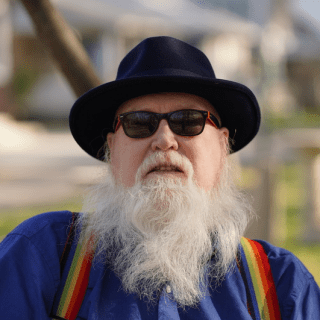 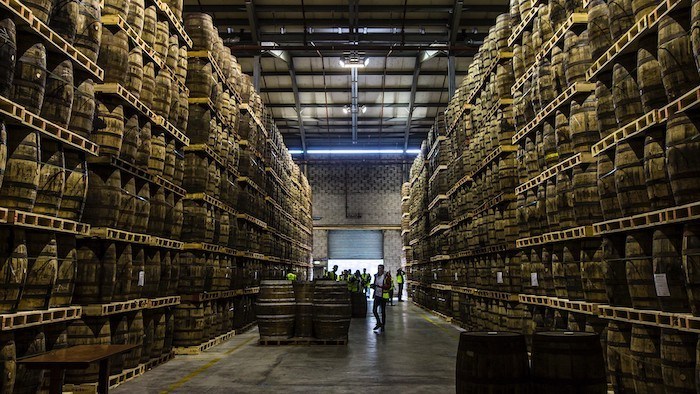 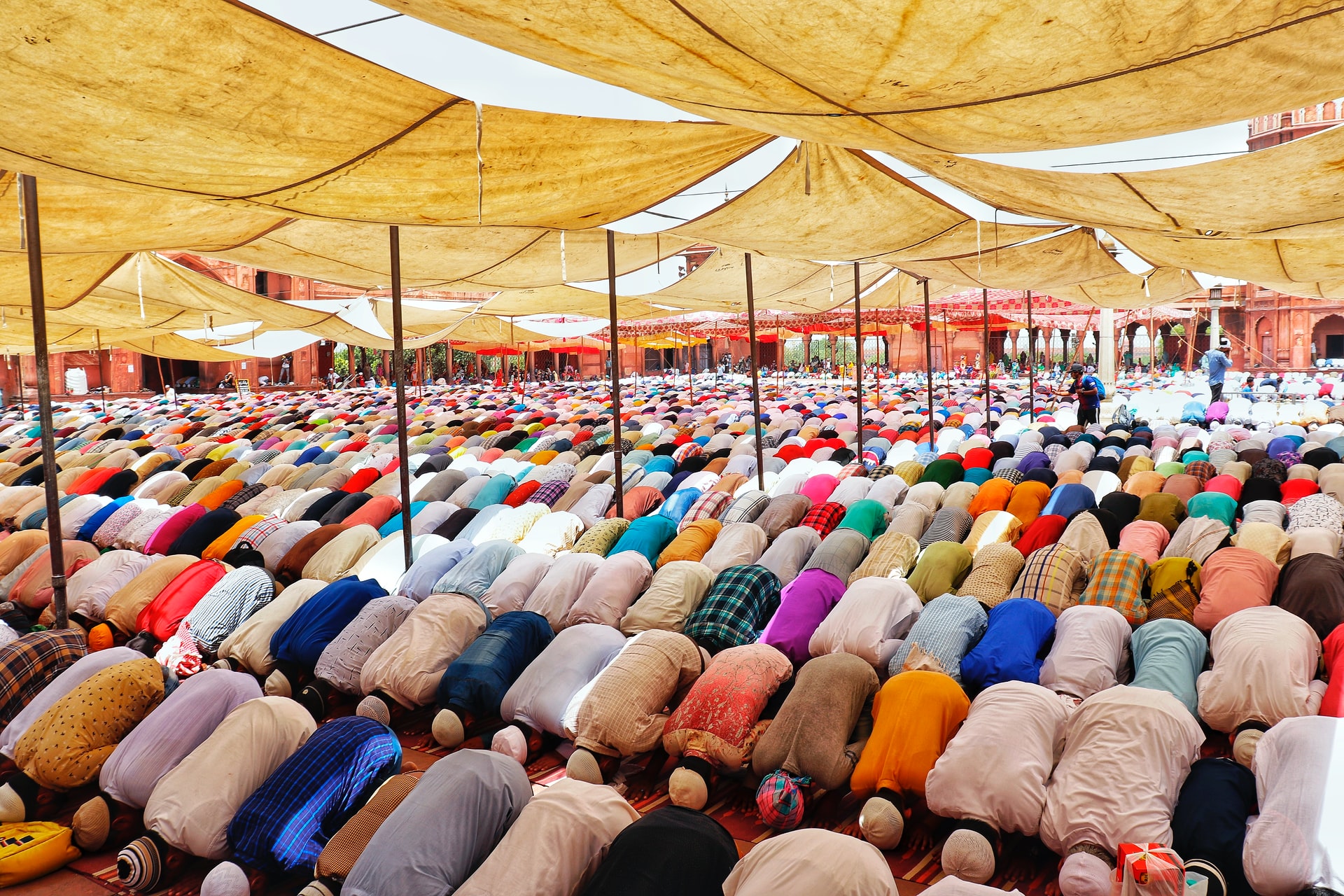 Since that momentous day ten years ago when His Holiness the Dalai Lama handed over his political authority, “happily and voluntarily” ending nearly four centuries of Gaden Phodrang’s rule, to a leader elected directly by the people , it has always been necessary to rethink whether it is appropriate to continue to have Choeluk MPs. The monks would have preferred the life of spirituality to the tumultuous life of the layman. Throwing them into the messy affairs of parliamentary politics can do the Buddha a disservice. They can easily fall victim to the strange attraction of ambition and self-aggrandizement that feeds the ego.

This is what we find out that happened to our deputy monks. Because of the way they have sought to hold our democracy hostage, much of our population is disillusioned.

Questions have been raised as to whether it is good for society to let clergy get caught up in the whirlwind of politics. We should actually think seriously about keeping the monasteries out of the hustle and bustle of politics. It can dishonor both the community of monks and the prestige of the Tibetan Dharma Buddha when the deputy monks, chosen only by the monks, behave so ignominiously and recklessly in Parliament. We shudder when a member of Parliament rises to address Parliament. We wriggle to guess what anger statements he will make and who he will target.

Of all the deputies, he is a monk who denigrates the Tibetan State Oracle during a parliamentary session broadcast live to the world. He ridicules the Oracle, wondering who understood the babbling coming out of his strangled neck. And what we remember is that His Holiness tells us that if there is anyone who knows the Oracle of Nechung best, it is him. He consulted him on many important issues.

Of all the deputies, there is another monk who declares to the world in Parliament that he neither believes in the Middle Way, that he has no hope of it, and that he does not want to talk about it. Anyone can guess who they are thinking of when they say this. Okay, it’s his right to speak freely in Parliament on any political issue he considers important. But, the anger with which he condemned the Middle Way does not belong to him as someone who has vowed to walk the path of the Buddha.

The bill to remove the three judges was sponsored by the Standing Committee of Parliament, which is dominated by monks. Once again, we see all the Choeluk MPs in the group of MPs who refused to take the oath of office to the interim president. The pitiful state of our current, breathless Parliament is the result of the vengeful and unlawful way in which judges were removed by Parliament, led by monk deputies.

After the handover ceremony from the outgoing Sikyong to the new one, chaired by the Supreme Commissioner for Justice and blessed by the online presence of His Holiness the Dalai Lama, most people expected a smooth transition from the 16th in the 17th Parliament. . What we have assumed is that former Sikyong Dr Lobsang Sangay would have no problem handing over the reins of power to the new Sikyong, in a ceremony chaired by the Chief Justice Commissioner. But once again, all Choeluk MPs are on the side of MPs who have chosen not to bother with the normal and Charter-mandated practice of the interim president swearing in new MPs. In no democracy do we find that the new representatives of the people have the choice to take the oath to whom they see fit.

The image in our minds of the monk as a calm, humble, soft-spoken, considerate, kind and forgiving person has been shattered by the more secular than secular behavior of our deputy monks. It is regrettable that the young deputy Dorje Tsetan, from whom we expect so much, allowed himself to be used as a spokesperson for the never satisfied monk deputies who only care about the politics of Cholkha. SFT does not have a history of a leader with a partial Cholkha sentiment streak. It won’t do his political career any good.

Because he shocked that large segment of people who just don’t associate SFT with Cholkha’s politics even from afar, Dorje Tseten volunteered to lead the group of MPs who refused to take the oath of law. prescribed by the Charter has given others the opportunity to raise questions about its integrity. Lhagyari Namgyal Dolker gets votes from her constituency, but doesn’t care about their hopes in her. Young people in our society see them as future leaders across Tibet. But they seem in a hurry to climb the ladder of power. There is a revealing English worldly wisdom which says: Haste is worrying and haste is wasteful.

If we are to have representatives of monks in Parliament because of our nostalgia for the ancient times when thousands of monasteries were the center of Tibetan cultural life, and also because monks form a large part of the population in exile, let us have a only Choeluk Deputy of each sect, appointed by the sect’s leader Lama. Of course, the various Kagyud sub-sects will have to discuss how they will proceed with the nomination of their deputy. It can become a constant reminder to them that they are indeed Choeluk MPs. This can dissuade them from making irresponsible anger remarks in Parliament. What we normally reject as’Dra-pai Aur-tom‘(the reckless habit of the monk) can trigger disturbances in society in general. It happens.

For those monks with political ambitions, the right to stand for election as a deputy candidate for Cholkha or even as a candidate for Sikyong should be enshrined in the Charter. Of course, monasteries have the power to prohibit their monks from standing for election. It’s very different to have MP monks who represent their religious sects in terms of how people react to what they say or do. If a monk thinks he has the potential to be another Samdhong Rinpoche, he should be given the opportunity not by being elected by a small section of society that is supposed to have no control over the pulse of the political life of society as a whole, but by being elected by the whole of society.

The problem with the current system of having Choeluk MPs is threefold: there are ten too many; second, they are elected only by monks, whose lives we expect to be apolitical; and third and most importantly, they have an inappropriate sense of arrogance that stems from their inflated smugness of elected MPs who don’t have to worry about what his sect’s chief Lama will think of their adventures in Parliament.

If at all we are not prepared to separate church from state, let’s at least lift our eyes from our Choeluk deputies and have them nominated by the cult leader. It will surely have a calming effect.

If somehow the oath of office taken by deputies in front of the photo of His Holiness the Dalai Lama and the book of the Charter is found to be valid, it may also imply that their argument that the oath of the provisional chairman of the commissioner also be considered valid. This will ensure us some heated parliamentary sessions over the next five years. It will be the mother of political intrigue. Whenever the Sikyong rises to speak in parliament, a section of deputies, most likely headed by deputy monks, comes out shouting that they do not recognize a Sikyong sworn in by a chief justice commissioner who s’ unconstitutionally hangs on his work. Oh! how China is going to lap it all up. God forbid, the current impasse in the constitution of the 17th Parliament comes to this. We must prevent democracy – our proud response to China’s autocratic rule in Tibet – from becoming a laughing stock.

Norbu Tsering worked at the Central Institute of Buddhist Studies, Leh, Ladakh, as an English lecturer, then at TCV School, Ladakh, as a school principal. He currently lives in Toronto, Canada.

After articles by Norbu Tsering on the Tibetan Sun.

Previous Cult statues of ancient Claros will be restored in western Turkey
Next Are COVID-19 Conspiracies a Public Health Threat? Psychological characteristics and health-protective behaviors of believers – Juanchich – – European Journal of Social Psychology

Zimbabwe: the philanthropic work of the First Lady praised

First Lady Auxillia Mnangagwa rekindled the dynamism of what a First Lady can do, which …